This is just one of the tourist attractions along what is referred to as the ‘Inanda Route’. If you know about Mahatma Gandhi’s history, then you will enjoy seeing where he lived and the printing press he founded. If you don’t know about his history, then you’ll want to spend a bit more time here to read and listen to all the information that is available not only about Gandhi, but about the area and the road to democracy. This historical landmark can be visited Mondays through Saturdays; it’s closed on Sundays.

Mohandas Karamchand Gandhi, or more popularly known as Mahatma Gandhi, was on born on 2 October 1869 in Porbandar, India. In 1888 Gandhi went to London to study law and then arrived in South Africa in 1893 to provide legal aid to an Indian company and finally left again in 1914. The non-violent protest that Gandhi is well known for is the ‘Salt March’ in India, defying the British government’s tax on salt by walking 200 miles to collect natural salt at the coast. This resulted in him being arrested and jailed, not the first time that Gandhi spent time in jail as a result of a non-violent protest. Throughout his life, he was able to inspire people and he dedicated his life to fight injustice and call for peace. On 30 January 1948 Gandhi was assassinated by a Hindu fundamentalist. 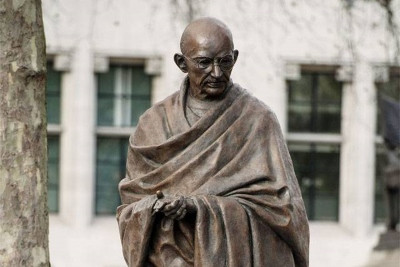 What started out as a Durban Taxi company, now provides service across the country and abroad with offices in Johannesburg and representation in Cape Town, Pretoria, London, USA and other major cities in Southern Africa. Soon we will be partner to the U-Cab mobile taxi booking app as we try to improve on efficiencies and enable closest drivers to be found by clients.